“You will never amount to anything”

I was a child running around causing havoc only as I would. My tongue was fierce and I was a feisty little madam. I had respect for authority, but I also deeply believed I had a right to readily challenge it. And trust me growing up in the Caribbean that was unheard of. You did what you were told even if, it was the most ridiculous  reasoning you ever heard.

Well intended statements such as “don’t sweep at night” “you think you bright (meaning to say clever) and “don’t question me” was a part of our everyday language. Even now, I often wonder why we continue to spew these words. I know culture is a big part of it, but surely it’s time we changed it?

Context over, here’s what I want to lay down.

One day I had obviously done something upsetting to my aunt but rather amusing to me. I don’t exactly remember what. I suppose you could say my mind fixated on the response rather than the action. And in her annoyance she yelled “you will amount to nothing, you will just get pregnant before time”

That statement is forever edged in my memory and yes subconsciously I still hold on to it. Not because I buy into the negativity it so clearly depicted, but because at the age of 9, I learned my first lesson about identity and self-worth. I heard her words, they became the air around me for about one minute.

I knew the weight of that statement, having heard it said a thousand times in my short little life. It was common and in some ways normal to speak that over girls who exhibited any form of behaviour not consistent with “staying in line with the rules”

You want to know what I did. I reclaimed the air in the room. I rebuked that negativity over me and I vowed to “show them”. Them, being all those who have and would cast down words of negativity on me or put limits of the design of my life. I used that statement to; propel me, challenge me, to find the spirit of resilience in me.

That statement of negativity was a catalyst for change in my life. I am proud of who I, and I strive to live accountable only to myself and my faith. It’s easy to use negativity to control, conform oppress, hide and there are those who only seem to survive by breaking others down

The long and short is, that, for some reason there is more negativity in the world than positive and for obviously reasons it’s harder to control another person’s words or actions. So, that leaves you and your response to it.

Will you allow another’s negativity to break you or will you use it as a catalyst for change in your own life? 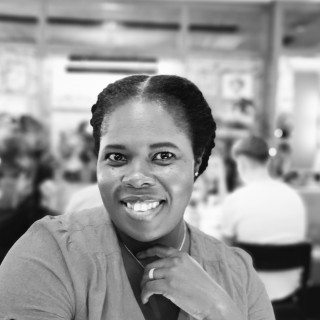 I love encouraging and uplifting others to be the very best version of themselves and to go after the life they envision with confidence. A believer that faith conquers all; I love sharing stories from my personal journey to demonstrate how faith, positive action and and a positive outlook can shape our successes. I hope you are encouraged by what you read and can find inspiration from the stories shared; to believe in the impossible and take positive action to achieve it. Happy Reading Love Camille x